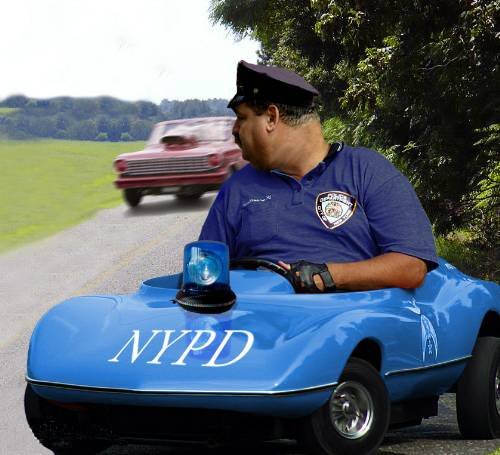 At least until the police siren went off.

Immediately I look down at the odometer, 54MPH not bad. Where am I and what the crap is the speed limit here.

As it turns out it is Jim Delacy’s son, the most miserable son of a gun you could possibly know.. Even my dad (lord rest his soul) thought he was a shmuck and he loved everyone.

By the time it was over, the kids were crying, Mary was smirking and I just fumed, because this was the first ticket I had in 10 years… Crap…
town of Corfu 1, Leigh family zero.

Kevin and his wife Mary have been married for 25 years with three boys ranging in age from 12 to 27. He is the co-founder of Dealer Simplified a WNY company.
View all posts by Kevin Leigh →
This entry was posted in Boo Hoo. Bookmark the permalink.